We Don’t Own Nature: Coffee Producers and Diversification 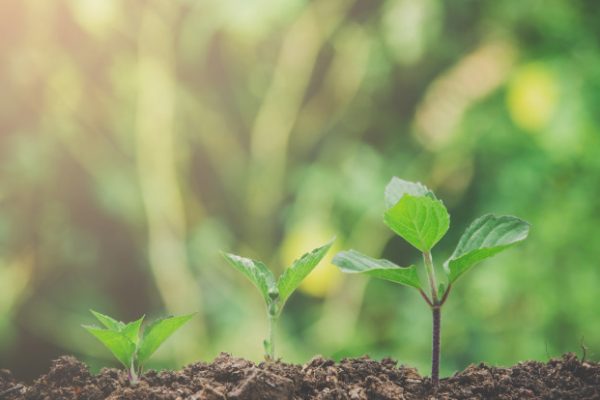 Diversification helps farmers remain viable in the face of climate change, disease and infestation, and price fluctuations of the coffee market. Many farmers are planting other crops such as fruits, vegetables, grains, and medicinal herbs, while some tend beehives for pollen and others diversify their income beyond agricultural products.
By Anika Rice

Agriculture doesn’t give you a salary,” said Guatemalan coffee producer Santiago Camposeco. He has been growing coffee in the northwestern department of Huehuetenango for over three decades. As he muses on his profession, he reaches for a steaming tortilla and sprinkles it with salt. It’s 5:30am, and he’ll be in the fields until sundown.

“We have bad times, and we have prosperous times, too. If there’s a lot of rainfall, it’s not good for honey production.” His adult daughter, Brígida Camposeco Sánchez, chimed in. “Same with the cold,” she added.

Although their main business is coffee production, Camposeco’s family also tends beehives for pollen and honey, farms tilapia, and grows fruits like mango, banana and avocado. In 2017, he added passion fruit vines to his farm. Camposeco is a pioneer diversifier in his community, and he is not alone. Central American coffee producers who may have been able to get by on the cash crop when initially entering the business are finding it difficult to rely solely on coffee to pay the bills. They are growing more subsistence crops – food to feed their families – as well as more commercial crops to sell locally and internationally.

In a 2016-17 study on the effects of coffee leaf rust on smallholder farmers, 129 Guatemalan and Nicaraguan women coffee farmers were surveyed about their crop management and livelihoods (see previous article in the T&CTJ October 2017 issue). Seventy-eight percent of the Guatemalan coffee farmers and 83 percent of the Nicaraguans in the study produce other agricultural goods besides coffee.

In Guatemala, apiaries can dually help raise farmer income and pollinate coffee crops. “We have seven apiaries,” said Sánchez. “Three of them have 50 beehives. And in the others, we have 25 to 35 hives. So, we have around 300 beehives in total.”

“Luckily we’ve gotten trained on how to collect bee pollen. Our co-operative showed us how to make little bee pollen traps,” she said. The bees crawl through the traps at the hive’s entrance, knocking the pollen off their legs and into a tray, which gets harvested. “Right now, there’s a lot of demand for pollen.”

The Camposecos aren’t the only farmers in their community who increased bee pollen and honey production during the devastating coffee leaf rust (or roya) crisis of 2013-14 and drought the following year. “We have the bee pollen to thank for getting us through in 2015,” said Bartola Ros. With two pre-teen daughters to support, she is grateful for the bees. “We didn’t have any coffee left to harvest after 2014.” Her family has been part of the Guaya’b Co-operative in Jacaltenango, Huehuetenago, for 17 years. When coffee production dropped due to coffee leaf rust, bee pollen became more than 80 percent of their income.

In the neighbouring town of La Libertad, Huehuetenango, a group of ten women piloted a honey bee co-operative project through the Esquipulas Cooperative. In 2016-17, they kept four beehives and trained on hive health and honey collection. Marta Gómez Cruz is a 29-year-old coffee producer who lost two thirds of her harvest to coffee leaf rust between 2014 and 2016. “We sold some honey this year, but we decided as a group to reinvest the money to buy sugar and other supplies for the hives. I’ve had to work on other farms to make ends meet, but I think it’s important to keep going with the bees so we can produce more next year.”

Throughout Central America, growing backyard gardens and medicinal herb beds help families meet their nutritional needs. “Four years ago, I started a garden on my property,” said Doña Flori of Huica, Huehuetenango in Guatemala. She lost 50 percent of her coffee harvest in 2014. As a single mother of four, she has only enough money to send her three sons to school. Her teenage daughter works on the farm.

“I went to some workshops with the Esquipulas Co-operative, of which I am a member. That’s where I learned how to incorporate new plants into my garden and my diet.” Standing in her garden, Flori pointed out the robust beets, carrots, onions, tomatillos, cabbage, and radishes, and then the medicinals. “These are the herbs. I grow basil, lemon verbena, parsley, cilantro, yerba buena, and that’s chamomile.” She handles the leaves with care.

“We also learned organic composting. I throw layers of dried corn cobs, ashes from the kitchen, and green material onto the pile. I tell my kids to go out into the hills and bring back green plants, then we chop them up to make layers,” Flori said. In March, she takes the compost pile out onto the concrete terrace and turns it. “If we are planting new coffee plants that year, I use it to start the seedlings. Otherwise, it goes back to the vegetables.”

Similarly, Fanny García Lopez of Estelí, Nicaragua is part of a medicinal plants project through her co-operative, UCA Miraflor. “I represent the women when we meet with other organizations.” The 33-year-old coffee producer is president of the internal women’s cooperative. The group had a five-year medicinal plants project funded by the United Nations Development Program. “We learned how to make salves, syrups and soaps, which we use medicinally and sell at the market.” She uses horsetail (Equisetum) for kidney health and narrow strap fern (Campyloneurum angustifolium) for building the blood and healing skin conditions. Other common medicinals among coffee farmers include moringa (Moringa oleifera), rue (Ruta graveolens), hierba buena (Mentha) and basil (Ocimum basilicum).

Central American farmers have been growing corn and beans long before coffee was brought to the New World in the early 18th century. As people began to produce coffee for export, some farmers grew fewer basic grains and began to buy them with their coffee income. Corn and beans, however, remain central to agricultural production because of their cultural and nutritional importance.

When coffee prices plummeted in 2000, producing more basic grains was one of the ways that Central American farmers coped with food insecurity. Peasant farmers run out of staple food crops during the thin months, or los meses flacos – the yearly lull with little-to-no income preceding payment for their coffee harvests.

“We realized that planting our own beans and corn is more cost-effective,” explained Leyla Guillén Centeno of Las Grietas, Nicaragua. “On our new plot, we’ll harvest 15 sacks of beans and 20 sacks of corn.” This is enough to get their family through the year. Even though she lost a quarter of her coffee harvest to crop disease, she didn’t have to find other ways to bring in money for groceries.

Hortencia Girón produces coffee in northern Nicaragua near San Juan del Río Coco. “We decided to rent more land to plant beans and corn,” she said. Since she lost 90 percent of her coffee crop, she couldn’t afford to buy more farmland for growing food crops.

Even with its benefits, diversification doesn’t reach enough campesinos – peasant farmers – in the region. Home garden programs funded by NGOs, government-distributed seed and cooperative-level organic fertilizer trainings, for example, aren’t available everywhere. Rural agricultural development is uneven. Some farmers are not members of a cooperative, or they simply may be too remote for services to reach them on a regular basis. These are just some of the structural factors that make a farmers’ food security uncertain.

Recent research in Honduras, Nicaragua and Haiti reports that farmers need to diversify their risk, which will take a holistic approach to development. Diversification of agricultural goods needs to be supported by developing farmer agency, gender equity and social support networks. Crop diversification is important, but it is only a part of the solution.

When diversification does catch on, farmland can be as bountiful and efficient as the Camposecos’ plots in the misty highlands of Guatemala: avocado, papaya and banana trees tower over the coffee bushes. Bees silently pollinate anything in bloom. The family stands over a box of honeycomb in the early evening sun, chewing on the wax and extracting the silky sweet honey as a pre-dinner snack.

Once a week, Sánchez catches five fresh tilapia, then guts and fries them for the evening meal. “We can’t control nature,” she said. “We don’t own it. But hopefully this year there’s good weather.”

Anika Rice is a National Geographic Young Explorer, researcher and geographer who is studying agroecology in Central America and the United States. After earning her undergraduate degree from UC Berkeley in 2014, she worked on an organic herbal medicine farm, started a feminist agroecology podcast, and travelled in Latin America interviewing farmers. 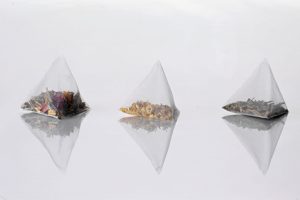 Honing your craft? Co-packers can help 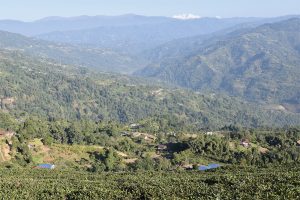 Nepali orthodox tea is on the rise 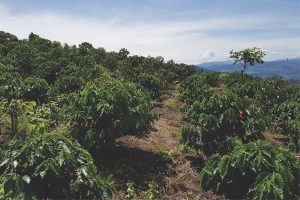