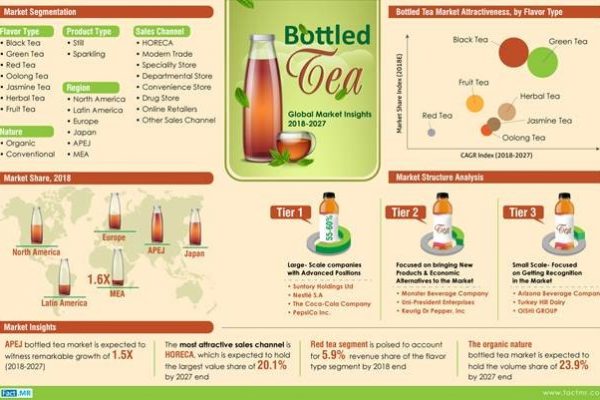 However, a new report from Fact.MR finds that ready-to-drink (bottled) tea consumption is growing globally — not just in the APEJ and US markets. According to the study, global consumption of bottled tea is expected to surpass 41 million liters, growing at a Year-over-Year of 3.4% in 2018 over 2017. Overall growth of the bottled tea market  can be attributed to:

“The bottled tea marketplace is profoundly impacted by evolving consumer sentiments wherein vendor revenues dwindled half a decade ago on the back of a contagious low- or no-sugar beverage trend,” says Sanjeevani Dubey, a senior analyst at Fact.MR. “As manufacturers ramped up the production of no-sugar tea varieties, the bottled tea market surpassed USD $47 billion in 2017 and the status quo is highly likely to continue in 2018.”

The study reveals that the demand for still variety of bottled tea will witness over 35 million liters consumption globally in 2018. However, sparkling tea revenues are set to grow at a 6% Y-o-Y in 2018 over 2017. This expansion can be attributed to growing demand among millennials and Generation Z for sparkling iced tea. New varieties of sparkling iced tea (Sound Sparkling Organic Tea, Kombucha Wonder Drink Sparkling Fermented Tea, as well as Lipton Sparkling Tea) continue to hit the marketplace as manufacturers aim to meet this demand.

Conventional bottled tea has remained the primary choice among tea lovers until the arrival of organic teas. The study finds that the consumption of conventional variants will hold over 80% of the total bottled tea consumption in 2018. However, demand for organic variants is growing rapidly wherein consumption will increase over 4 million liters in 2018 over 2017. Brick and mortar retailers globally and online channels now offer a variety of organic bottled tea.

Black tea remains the overwhelming “leader” among RTD tea, with Fact.MR’s  study showing that 30% of bottled tea consumed in 2018 to be black tea. A rise in findings surrounding black tea’s potential health benefits are contributing to its continued popularity but green tea corners the market on perceived health benefits, aiding in its growth. The study estimated green tea occupied one-fourth of the global bottled tea consumption in 2017. Traditional recognition of green tea as a medicine and a higher concentration of antioxidants, particularly epigallocatechin gallate (EGCG) continue to encourage green tea consumption globally.

Food and beverage trends tend to start in the foodservice channel, and RTD tea is no exception. According to the study the HoReCa (Hospitality, Restaurants, Cafés) market continues to present a significant demand for bottled tea. Keeping pace with consumer preferences for eating outside the home and for ready-to-eat foods, RTD tea companies are significantly investing in HoReCa. (See “Restaurants & Foodservice: Please Consider Premium Freshly Brewed Iced Tea” in T&CTJ May 2018.)

RTD tea’s growth, according to study, will continue its upwards steady trend following increasing consumer preference for ready-to-drink and healthier-for-you beverages and innovations surrounding flavours (new tea varieties, exotic flavour and ingredient infusions), formats (new delivery methods beyond traditional bottles and cans) and styles (unsweetened, slightly sweetened, fresh brewed, all natural, organic, high in polyphenols, probiotics, or antioxidants, etc), and as manufacturers focus on expanding their global footprints. The Fact.MR report tracks the bottled tea market for the period 2018-2027. According to the report, the bottled tea market is projected to grow at nearly 4% CAGR through 2027. 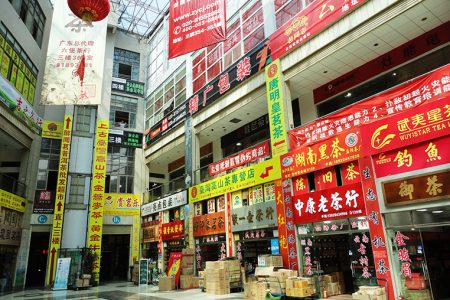 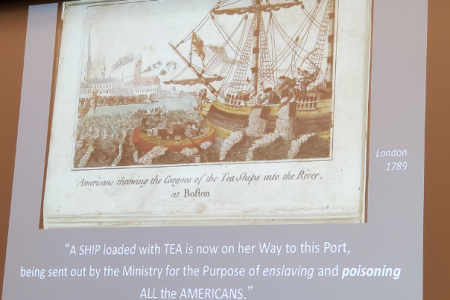 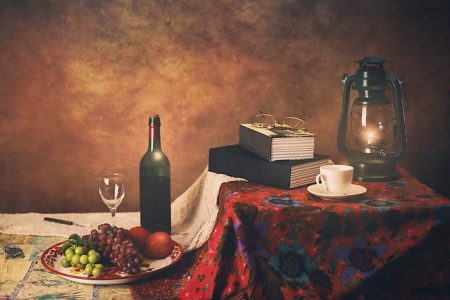