SCA reveals new board for 2020 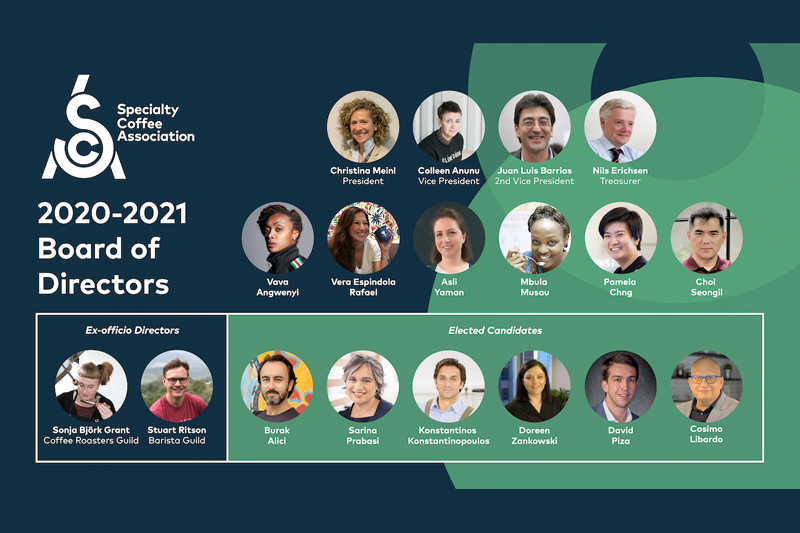 The Specialty Coffee Association (SCA) has named Christina Meinl as its new president and appointed six new members of the board of directors.

The six newly-elected coffee professionals will join the board on January 1 2020 at which point the terms of six existing members of the advisory body will come to an end and a new president, vice president, and 2nd vice president will be appointed.

The six coffee professionals selected by SCA members to join the board of directors in the 2020-2021 elections are:

“On behalf of our staff and volunteer leadership, we send a warm congratulations to each of our new board members,” sai dte SCA in a release. “We send special thanks to Paul Macek, vice president of Programs for the World Cocoa Foundation, for running in this election. We value the time Paul put into the nomination, interview, and election process and we look forward to our continued work with him in his existing capacity as a community leader.”

The following existing members of the board will take on new roles on January 1st, 2019:

“A very special mention goes to our outgoing president, Heather Perry, as under her leadership the board and the executive team had meaningful discussions about the future of SCA and arrive at a solid 5-year plan,” added the SCA.

“It has been a tremendous honour to work with Heather for the past year. Honesty, transparency, and trust are three values that led Heather’s long volunteering career with SCA. She has been a catalyst for positive change and we were really lucky she was leading change in SCA as president.”

Six members of the board will end their terms on December 31, 2019: