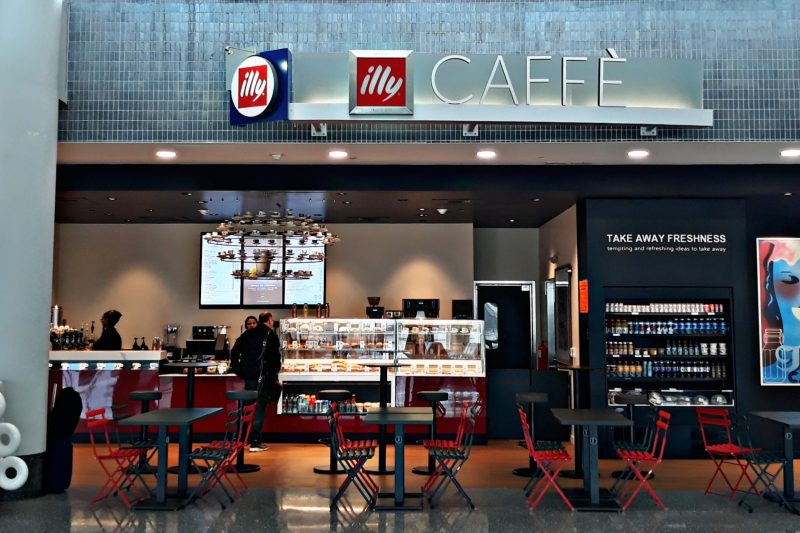 illy has opened its newest café in the Philadelphia International Airport. The café – its third airport location – had a soft opening in late December and ribbon-cutting ceremony in late January to mark the official opening.

Located in Concourse A-West, illy Caffè is a full-service café offering an extensive menu of traditional and specialty coffee drinks – from espresso to cold brew to lavender mint latté – prepared by baristas who trained at illy’s University of Coffee. An accompanying breakfast, lunch and dessert menu features an array of pastries, sandwiches and gelato.

The Philadelphia Airport illy Caffè has 22 seats (six inside and 16 outside). Illy chose Philadelphia because it’s a major city and busy airport. A spokesperson for illy said, “Airport opportunities are on our radar and we continuously evaluate these opportunities to open with franchise partners. In 2019, we opened in Vancouver Airport and San Francisco Airport with franchise partners.” He noted that airports increasingly want to work with upscale brands, adding, “sophisticated travellers, both domestic and international, are likely to know the illy brand and it represents a steady volume of people who are looking for quality coffee and food.”

The latest airport café opening comes on the heels of Trieste, Italy-based illy announcing a target to open 200 cafés in the United States over the next five years.