Campos Coffee heads to the home of the Sundance Film Festival 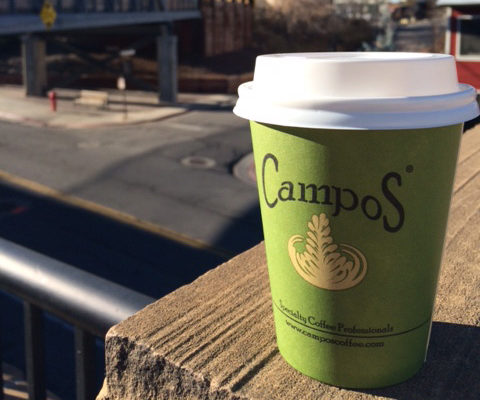 Campos Coffee is opening its first permanent café outside Australia, in the home of the Sundance Film Festival: Park City, Utah. The store will open in mid-December, ahead of the world-famous independent film festival.

After a successful residency in KEXP Studios, Seattle, Campos decided to take the next step and establish a presence in the US.

Carrying on its brand vision of ‘Quality Coffee Cultivated by Good,’ Campos chose to open in Park City because it best reflects the core values of the brand; a commitment to quality service, community engagement, ethical business and innovative product offerings. As a city that attracts outdoor enthusiasts and visitors year-round, both locally and internationally, Campos found it would be able to offer its values, quality product and great service to the thriving community.

“We’ve considered the US market for more than ten years, but never found the right fit for us,” says Will Young, founder and president of Sydney based Campos Coffee. “As soon as we visited Park City, we knew it would be a perfect extension of the Campos Coffee brand. Walking around, you can see the whole town has an active, inclusive and diverse community that cares about the environment,” he says. “Add to this a significant dedication to the arts, such as the Sundance Film Festival, and the decision was made. There has always been enormous interest in Campos Coffee from the US, and we think that the time is right to enter the market, in our own Campos way.”

The café will cater to the evolving coffee culture in America, while still maintaining an Australian perspective on coffee. Espresso drinks such as flat whites, cappuccinos, babycinos, and affogatos will all be served, as well as an exclusive filter coffee blend developed to suit the market.

The Park City store is the first international café for Campos, which was founded in 1999 in a backstreet in Newtown. Campos was founded on the ideal of ‘Quality Coffee Cultivated by Good;’ that coffee only tastes good when it’s made ethically and with care. The specialty roaster partners with each of the farmers that supply the coffee beans across the world, and contributes to at least one social project in each region from which it buys coffee. Campos operates seven cafés in Sydney, Melbourne and Brisbane, and will have an eighth in Park City, Utah, along with a close network of partner cafés around Australia.

Young was recently named vice chairman of the Alliance for Coffee Excellence, a not for profit organisation that helps identify and promote champion coffee farmers around the world through its Cup of Excellence program in producing countries.