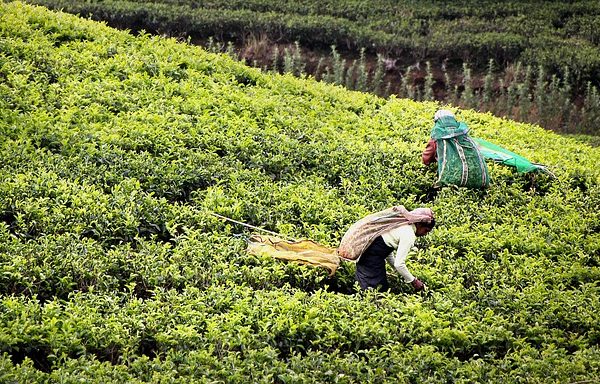 With government support and private-sector interest, Georgia aims to rebuild its once highly regarded and significant tea industry – dating back to the Russian Empire – that was destroyed following the collapse of the Soviet Union.

In December 2015, the Georgian government approved a comprehensive program of tea plantations revival across the country with the main target of putting back into service 7,000 hectares (ha) of agricultural land, once used for growing tea leaves, but now either fully abandoned, or used for different purposes. However, even with huge funding there are still concerns that the revival of the plantations would not necessarily mean restoration of the tea industry, as over decades, Georgian tea lost important advantages it once held.

In its history, first in the Russian Empire, then in the Soviet Union, Georgia played a crucial role in the tea market, producing at its peak up to 133,000 tonnes of packed tea per year from nearly 70 species, enjoying demand not only within the country, but also in some export destinations, including Mongolia, Iran and Afghanistan. However, this ended with the collapse of Soviet Union, when communism-style, tea-growing cooperatives appeared not to be ready for any competition with import supplies.

As a result, the tea industry was almost completely ruined, as annual volume of production dropped to nearly 4,000 tonnes. Approximately 95 percent of tea plantations have been closed, while out of nearly 100 tea factories, only 12 are operating now. Parts of the factories have been purchased by foreigners, disassembled and moved abroad, most often to Turkey, where equipment has been used to expand already operating tea factories.

No Need for New Factories

In February 2016, the Georgian Agricultural Ministry published details for the tea plantations revival program setting the amount of funding for this year at GEL 3.1 million (USD$ 1.3 million). This money will allow the government to reimburse 60 percent of investments in tea plantations for private farmers and up to 90 percent for cooperatives.

The overall area of the tea plantation within one project should be between five and 300 ha, while the necessary point is that together with investments in plantations, farmers should also put money into construction of some processing and packaging capacities. For this purpose, the Agricultural Ministry will allocate separate support, including purchasing of all equipment for cooperatives.

However, demand to invest in processing capacities faced sharp criticism by market participants, according to Tengis Svanidze, head of the Tea Growers Association in Georgia, as it is pushing small farmers away from participating in the program, significantly undermining potential of the initiative in general.

“People who own small plantations – from five to ten ha – are not able to build even a small facility. For them, it is too expensive. Accordingly, until this point is not removed from the program, it would not work fully, and only farmers who already have their own facilities could apply for state funding. There are very few of them,” said Svanidze. “Of course, in general, the program is very good and correct, but with this point in, it would not be popular.”

According to Svanidze, construction of new small processing and packaging facilities in Georgia would cost between USD $60,000 and $100,000, and this is a huge amount of money for tea farmers. Additionally, in almost every province where tea plantations are located, tea factories are already operating.

“Our processing facilities now are suffering from the lack of raw tea leaves, so tea factories’ production has been reduced. So, there is no need to build any new factories, but the main target is to give a full load [the output proportionally designed for the capacity of the factory] for already operating capacities,” Svanidze explained.

Gyia Huchua, director of Anausely Tea Factory, expressed a similar opinion, noting that in general, his factory collects 800 tonnes of tea leaves at plantations, which he described as a miserable amount. Additionally, in recent years, the unfavourable weather conditions make this figure even smaller, further reducing the factory’s volumes.

According to information from the Tea Growers Association, most tea factories in the country are producing only 60-70 percent of their originally designed capacity, and this situation undermines their profitability. A company official who wished to not be named, said that lack of tea leaves was one of the main reasons for the bankruptcies of numerous tea factories over past decades.

“Almost all tea factories have their own plantations that meet their demand in tea leaves by more than 50-60 percent. Self-sufficiency in raw materials could be considered as one of the most important tasks for business right now, so it is obvious we will see tea factories participating in the new program, increasing the area of tea plantations,” said the company official.

The history of Georgian tea starts in 1861 when, after the Crimean War, captive British officer Jacob McNamara settled in the country and using his previous experience started the first tea plantation there. The tea business quickly succeeded, and in several years Russian scientists modified Chinese tea bushes, so they could withstand harsh winters with temperatures up to -25°C.

It has been established that Georgian black tea consisted of 94.5 percent leaves and 5.5 percent tips. According to the documents from those days, this tea had superior quality compared with Chinese ordinary tea, which led it to easily conquer a significant part of the market in the Russian Empire. It was even awarded a gold medal at the Paris Exposition in 1899.

However, the situation changed in the 20th century. After coming to power, communists decided to take a stance on the development of Georgian tea with the main focus on the volume of production, not on taste. In terms of reputation, it led to catastrophic consequences.

“The image of Georgian tea needs to be restored first. In Soviet times, tea factories [in terms of organization of production process] turned almost into wood processing factories. Respectively, the quality was extremely low, and the image was seriously damaged,” Svanidze said, adding that for some time consumers forgot the unique taste of Georgian tea.

Zurab Cheisvili, director of Tbilisi-based tea trading firm Chae Tshali, further explained that in Soviet times there were directives for municipal authorities to produce as much tea as possible. This led to a shift from a manual way of collecting tea leaves to a mechanical one, with violations of every possible rule.

“As a result, Georgian tea collected not only young leaves and tips, but also rough and old leaves. For the sake of production volumes, rule violations were allowed, including collecting tea in wet weather, and there was no quality assessment system at the processing facilities,” Cheisvili said.

In the last decades of the Soviet Union, the situation worsened as further attempts to increase production volumes led to speeding up the processing stage. In particular, during the production process, the fermentation stage was omitted because it was assumed that a sufficient degree of fermentation of leaves could be achieved during twisting. Double drying was replaced with single drying, followed by heat treatment. But it turned out to be under-dried, leaving the tea without any taste.

According to Cheisvili, this resulted in Georgian tea becoming one of the cheapest teas in the world, but at the same time, it also obtained a reputation of being a product that can only be mixed with Chinese tea or some other imported tea. It could be consumed only as a last resort.

“In almost three decades since independence, the situation has changed, as Georgian tea is slowly but steadily restoring a positive image among consumers. However, with such bad heritage this process takes time and it still has a lot of obstacles in terms of promoting Georgian tea in Russia and the neighbouring countries of CIS,” said Cheisvili.

Svanidze said the bad reputation is only a part of the problems Georgian tea must deal with. One of these challenges is a huge volume of import supplies that comes to the country. He added that the Tea Growers Association appealed to authorities several times to enter some measures, limiting these supplies in some way, but so far without any success.

“Lack of protection in the internal market is a big problem. Import is passing through borders uncontrolled and our tea cannot compete with this production neither in terms of quantity, nor on the price, since importers are working at dumping prices. In addition, nobody knows what they are actually selling,” Svanidze said, adding that quality of imported tea is often questionable.

He noted that foreign production should be subjected to certain customs procedures and possibly higher fees, so Georgian tea could compete in the domestic market with foreign production on equal terms. According to his estimations, imported tea now accounts for 60 percent of the Georgian market, but over the past few years, this figure has been constantly decreasing.

According to Alena Velichko, a tea market expert of the post-Soviet Union era, and head of the Tea Studio project, the future of Georgian tea can be associated with the production of organic tea and premium quality tea. She explained that there are already some companies moving in this direction with the support of the Georgian Tea and Subtropical Cultures Research Institute, which is the only scientific institution of such expertise within all of Eastern Europe.

Velichko noted there are some examples of tea industry revival in the country, including the Gurieli Company. This brand was founded in 2008, starting with the cultivation of only four tea species, but over the last eight years, it has boosted the volume of trademarks to 70. Now, according to company’s own estimations, it has become the largest tea producer in Georgia, accounting for nearly 20 percent of domestic market share.

Sotcha Dzneladze, director of Gurieli, said the company owns 600 ha of tea plantations and runs three processing factories in various provinces of the country. He also disclosed that plans for the next couple of years is to double the area of the tea plantations Gurieli is sourcing tea leaves from, and establish a premium brand of Georgian tea that is entirely manually processed.

Given this, and the desire of the country’s government to support manufacturers, Velichko believes that Georgian tea industry is on the edge of revival, and it will not take too long to see it.

Unrecognised Republics Do Not Want to Recognise Their Tea as Georgian

When discussing tea industry in Georgia now and in times of

Soviet Union, it is necessary to mention that today’s country does not control 25 percent of its territory, where unrecognised territories of Abkhazia and South Osetia are located.

Just as in the rest of Georgia, self-proclaimed heads of these republics also think about the possible revival of both tea plantations and dozens of tea factories, which have been ruined in recent decades.

There are already a lot of trademarks registered here and some of them are selling in Russia and other neighbouring countries. However, most of these teas are variations of traditional species Georgian number 1, Georgian number 2 and Georgian selected number 8, cultivated nearly a century ago.

It seems like unrecognised republics, which were struggling for independence from Georgia for many years, are willing to become independent in everything, including in tea.

Vladislav Vorotnikov is a Moscow, Russia-based journalist specializing in the food industry of Russia, Ukraine and other countries in the post- Soviet area He may be reached at: [email protected]. 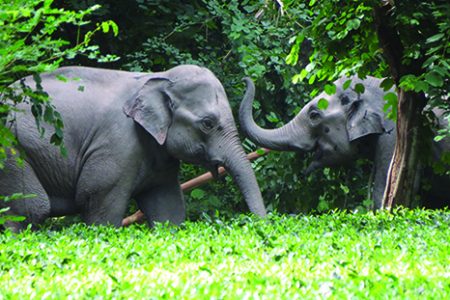 STI Virtual Tea Party: "Report from the Garden- How has Covid affected Nepal Tea? An insight from Jeni Dodd"

The Science Behind the Flavour Wheel (SCA Virtual Workshop)