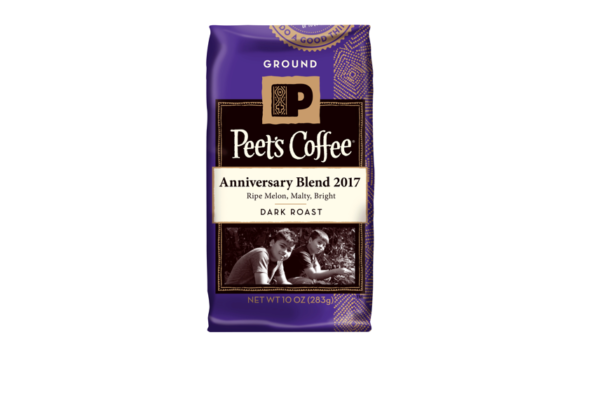 Celebrating its 51st anniversary, Peet’s Coffee announced the launch of its annual, limited release Anniversary Blend, which celebrates its founding by giving back to origin via the company’s program Drink a Great Cup, Do a Good Thing. The 2017 Anniversary Blend continues a longstanding tradition of donating to coffee-producing communities and this year supports Coffee Kids’ youth training and mentorship work in Risaralda, Colombia.

Evidencing Peet’s commitment to Drink a Great Cup, Do a Good Thing, twenty-five cents of every purchase of the limited release Anniversary Blend (up to USD $50,000) benefits the Coffee Kids program in Colombia. Coffee Kids provides business training, mentorship, and seed capital to aspiring entrepreneurs in coffee-growing communities to support the next generation of coffee farmers. Peet’s has been a proud donor to Coffee Kids for nearly thirty years.

As the pioneer of craft coffee in the US, Peet’s has over fifty years of coffee expertise in sourcing, blending and roasting exceptional beans. The Anniversary Blend, first created in 1991, builds on this heritage and reflects the care with which Peet’s approaches handcrafting coffee. This year’s edition features three select and extraordinary single-origin coffees from Colombia, Rwanda and Papua New Guinea that are skillfully roasted to produce a rich, full-bodied texture.

“Our 2017 Anniversary Blend is comprised of three exceptional single-origins that each bring a unique fruity quality,” said Doug Welsh, vice president, coffee, Peet’s Coffee, Emeryville, California. “There are hints of ripe melon from Colombia, sweet cherry from Rwanda, and full-bodied papaya from New Guinea. Together these flavours produce a refreshingly bright cup. This year’s blend contributes to Coffee Kids, which supports youth training and mentorship that empowers budding coffee entrepreneurs.”

The 2017 Anniversary Blend is available now, in distinctive purple bags, and while supplies last. The blend can be purchased at: