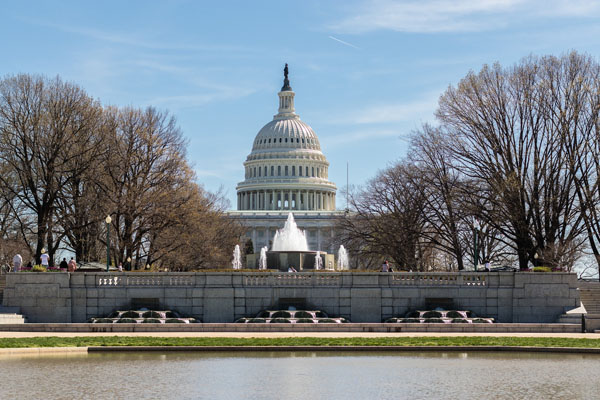 The National Coffee Association (NCA) was on Capitol Hill last week to lobby against a Border Adjustment Tax (BAT). Twenty-five NCA members met with Senate and House legislators and their staffs in 68 pre-arranged meetings. Targeting key committees with tax-writing authority, the meetings reached 80% of Senate Finance Committee members and 75% of those on the House Ways & Means Committee.

The two-day “Fly-In” to Washington, DC delivered a strong, unified message to Congress – that a BAT would have a disastrous impact on the US coffee industry and that, should any BAT go forward, coffee should be exempt. Unlike many retail products, raw materials cannot be sourced within the United States – because of climate requirements, coffee can grow in only Hawaii and Puerto Rico. Moreover, virtually all manufacturing of coffee is done in the US, upending arguments for the BAT that it will protect US jobs.

Notably, in a Ways & Means Committee hearing, preceding the Fly-In, the NCA heard retailers cite the example of clothing, which has no domestic supply chain currently in place. Yet, in the case of coffee, there can be no supply chain within the US: Hawaii’s annual production is approximately 20,000 bags, which compares with total US imports of 23 million bags to meet consumer demand.

The Fly-In meetings were organized so that NCA members could meet as constituents with legislators in whose districts they’re headquartered or have facilities. Spotlighting the economic contributions to the districts – such as jobs created and revenues generated – appeals to legislators’ commitment to govern in the best interests of the districts they represent.

Across the board, the NCA delegations were well received, as were the industry’s messages. Most House offices appeared to be on board with coffee’s arguments, while Senate offices seemed positive as they eagerly gathered facts for crafting a tax reform plan of their own, distinct from the House proposal. Currently, the House is debating the Ryan-Brady tax reform framework, which proposes lowering the corporate tax rate to 20% from the current 35% and adopting a BAT to make up for lost revenues. An alternative White House plan would lower the rate to 15%, and does not currently include a BAT provision.

Some on Capitol Hill are saying that the BAT will likely fall out of a final tax reform bill. Notably, no legislation has yet been drafted. Thus, the debate is far from over, and everything remains on the legislative table. As tax reform efforts take shape, the NCA says it will continue to leverage its contacts and keep the industry informed.