Coffee is a Pillar of Rural Development 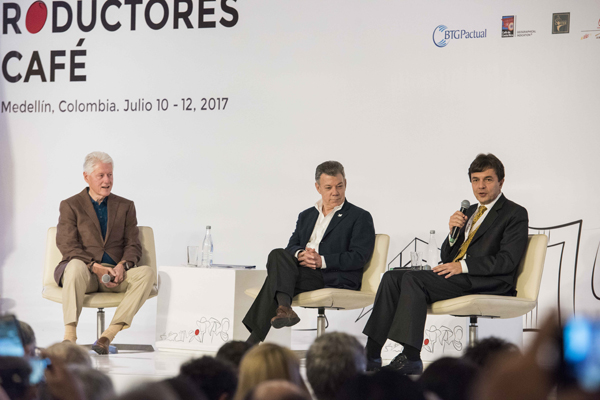 Mr. Clinton participated in the panel “Economic Sustainability and Rural Development to Promote Global Stability and Democracy,” along with Colombian President Juan Manuel Santos. He referred to post-conflict scenarios as triggers of development noting that “adding is better than subtracting, multiplying is better than dividing.”

Mr. Clinton described coffee as a “pillar of stability” and a barrier to illicit activities such as drug trafficking. He advised coffee growers to have complementary income-generating activities, noting that in countries rich in biodiversity, such as Colombia or Brazil, developing the ecotourism industry in coffee growing regions is a good alternative.

In line with the Forum’s spirit, Clinton highlighted the role that fostering co-responsibility among all players of the coffee chain has in achieving sustainability. To advance on this issue, he suggested setting an overarching goal and then breaking it down into smaller, more achievable goals.