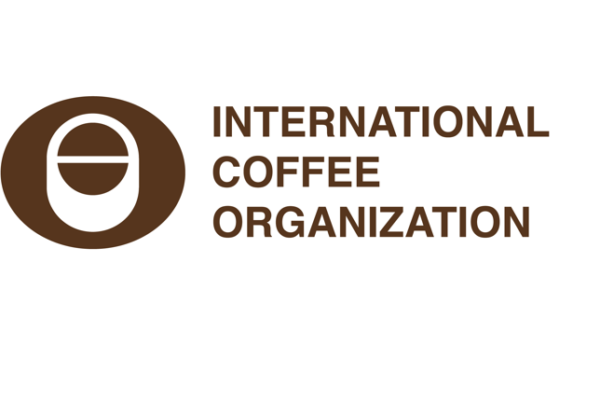 The International Coffee Organization’s May Coffee Market Report revealed that coffee prices continued to fall as the market remains well supplied. Inventories in consuming countries are high as a result of strong exports in the first seven months of the coffee year. For the first time in three years, Colombian Milds traded above Other Milds. Finally, the Brazilian Government Agency, Conab, has released its second estimate of production in Brazil for 2017-18, which they forecast is to decrease by 11.3%, to 45.6 million bags compared to crop year 2016-17.

In May, coffee prices continued to weaken as the monthly average of the ICO composite indicator price dropped significantly compared with last month, down 3.8% to 125.4 US cents/lb. The daily price of the ICO composite indicator started the month relatively strongly, making up some of the losses of the previous month and increased to a high of 128.7 US cents/lb on 8 May. However, most of these initial gains were subsequently lost as the market fell to 124.0 US cents/lb by the end of the month.

In terms of the group indicators, Robustas recorded the strongest decline, down by 5% compared with the previous month and dropping below the 100 US cents/lb mark for the first time since September 2016. All three Arabica groups registered significant decreases as the average prices for Colombian Milds, Other Milds and Brazilian Naturals were 2.3%, 3.5% and 3.6% lower, respectively. The Arabica/Robusta arbitrage, as measured on the New York and London futures markets, increased by 2.7% to 45.1 US cents/lb, remaining at a relatively low level. Meanwhile inter‐day volatility of the ICO composite indicator price has significantly increased to 6.9% the highest level since November 2016.

Coffee prices have been falling since February as a consequence of the easing of weather‐related supply concerns, as well as the more general downturn in commodity markets. Notably, for the first time in three years Colombian Milds were traded 1.4 US cents/lb, ie, above the Other Milds indicator. This is the preliminary end point of a long process of convergence which had been ongoing since March 2016, when the differential between the two groups peaked at ‐12.3 US cents/lb. During the first five months of 2017 in particular, the price of Other Milds decreased at a higher rate than the price of Colombian Milds. While Colombia was successfully increasing its output through replanting programmes, producers of Other Milds such as Costa Rica, El Salvador, Honduras, Guatemala, Mexico, Nicaragua and Peru were, in 2012-13, negatively affected by the outbreak of coffee leaf rust. This led to lower supplies of Other Milds, resulting in higher prices. Since then, production in various Other Milds origins has recovered, most notably Honduras and Peru. Hence, the export volume of Other Milds in the period May 2016 to April 2017 grew by 9.4% compared to the previous year while the previously strong growth in exports of Colombian Milds levelled off. However, reports from Honduras indicate the possibility of a new coffee leaf rust outbreak.

In April 2017, significantly less coffee was shipped globally compared with the same month last year. Total exports are estimated at 9.5m bags, down 5.3%. The slowdown was particularly pronounced for shipments from Brazil, which dropped by 13.5% to 2.1m bags, while Vietnam is estimated to have exported 6.9% less. Despite the recent weakening of export performance, the cumulative export volume for the first seven months of coffee year 2016-17 (October to April) stands at an impressive 69.5m bags, 3.1% more than the same period last year. As a result, the market remains well supplied and inventories of green coffee in importing countries are high.

Crop year 2017-18 has now started in several major coffee‐producing countries, including: Brazil, Indonesia, Papua New Guinea and Peru. Conab has released its second estimate of production. Following the biennial production cycle, output is expected to fall 11.3% to 45.6m bags compared to the same agency’s estimate of 51.4m bags in the previous year. While Arabica production is expected to decrease by 18.3% to 35.4m bags, that of Robusta is expected to rise. With an increase of 26.9% to 10.1m bags, a significant recovery after last year’s poor crop is expected, mainly due to favourable climate conditions. The Conab estimates are at the lower end of the spectrum, with the USDA forecasting production to reach 52.1m bags — four million lower than the year before. The recent weakening of the Real increases the competitiveness of Brazilian producers and is expected to foster investment in the sector.